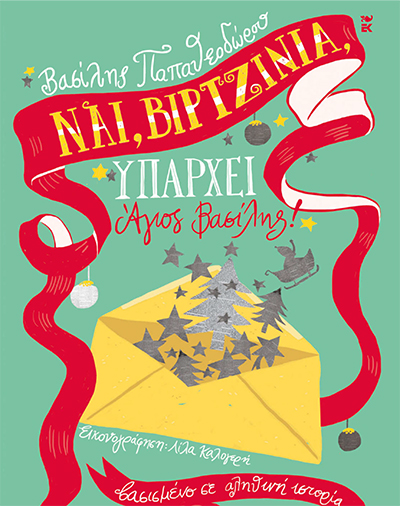 Yes, Virginia, there is a Santa Claus!

This book is based on Virginia O’Hanlon’s true story and the most widely read newspaper article in the world which inspired a multitude of books, radio and television shows, and plays. This is a tender Christmas story that unfolds from the late 19th century to the early 1970s. It all started in 1897, when the eight-year-old girl sent a letter to a local newspaper, the New York Sun, asking whether Santa existed. After much thought, the paper’s editorial team decided to answer the question that torments all children. Virginia’s letter, as well as the newspaper’s response, through its editor-in-chief, Francis Church, become a hymn to the carefree and childlike spirit of Christmas.

Young readers will read about important moments in the life of the heroine, share her faith in the spirit and meaning of the holidays, and discover how such a letter can change our world forever. A heart-warming book that proves to children that Santa Claus exists not only during Christmas but throughout the year.

Be the first to review “Yes, Virginia, there is a Santa Claus!” Cancel reply