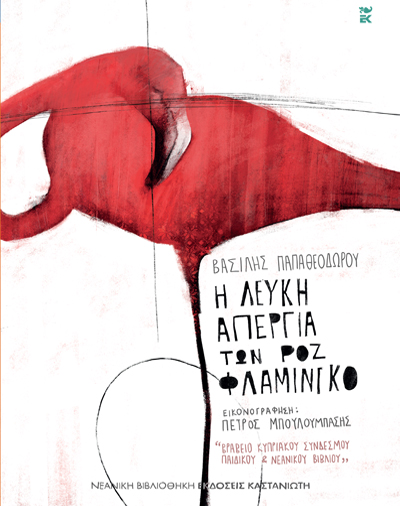 When Pink Flamingos Go on Strike

What’s going on in the Camargue?
Why are the residents of this beautiful area of the Rhône Delta upset?
What do the dazzling flamingos that live in this wetland have to do with it?

Lindsay and Paul, the two researcher/colleagues whom we met in The Long Journey of the Chinese Duck, take on a new mission: to investigate a series of puzzling environmental phenomena and to discover the cause of a major ecological disaster that has befallen the Camargue, home to rare species of animals and perhaps the largest flamingo breeding ground in Europe.  For centuries, people and nature have coexisted peacefully in this region. But the closure of the local salt marshes  precipitates the migration of the gorgeous birds, which in turn sparks an unprecedented reversal in the food chain of the wetlands. The workers go on strike and the flamingos show their support by striking in their own way.  The two researchers will go on an exciting, suspenseful adventure with many twists and unexpected developments. At the same time, they will find themselves in the midst of conflicting interests and they will come face to face with the greed and hostility of the locals. Meanwhile, the balance of the region’s natural environment risks being irreversibly upset.

An ecological/social thriller based on true events that occurred in France in 2007. A book that highlights the interdependence between man and nature and one which will fascinate young readers.