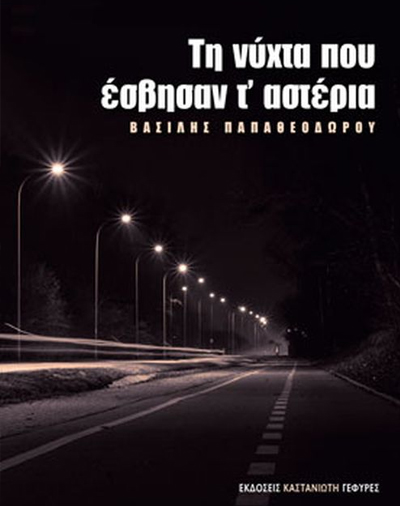 The Night the Stars Went Out

On the night of January 20th, Lena Manies, a twelfth-grade high school student, disappears. No one knows why, no one suspected anything, Lena gave no indication that something was wrong. During the following days, her disappearance will act as a catalyst for the relationships between her relatives, her friends and her acquaintances, as they all begin to wonder about their own role in Lena’s disappearance, but above all about the role of others. Nine people, nine narrators try to justify, to conceal, to blame. And as time passes, their relationships are put to the test and either adapt or collapse.

The Night the Stars Went Out is a book filled with suspense and humor, but also a mirror held up to the things we live through yet dare not admit.