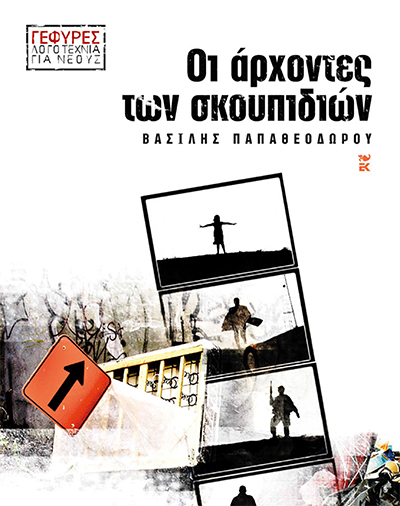 The Lords of the Garbage

In a world that is vanishing and in a society that is falling apart, there is unemployment, economic crisis, and crime everywhere. The environment is being destroyed. Politicians are getting mocked. People are eating out of trash containers, and lots of homeless are all around… But then, the Zero Hour finally strikes, and a very big explosion occurs while the clock of history starts to run backwards. One girl, three contract killers, one team of scientists, and one politician with his family travel through the country, and all ages, on a merciless manhunt for over a year. In an environment that changes from day to day, and in which some people try to stay true to themselves while others do everything they can to reveal who they are.

“The Lords of the Dump” is a juvenile novel that is written like an action film full of sudden turns. A contemporary book that shows us all that the line separating imagination from reality, humanity from brutality, dignity from submission is ultimately very thin.