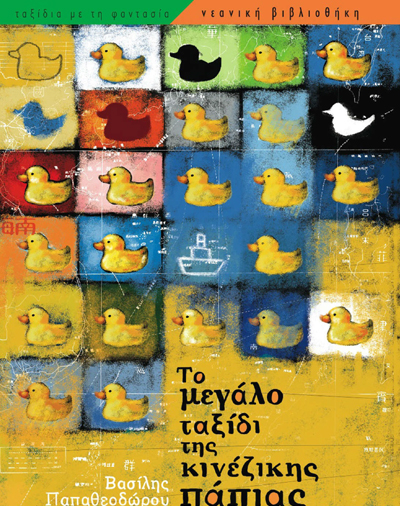 The Long Journey of the Chinese Duck

The Long Journey of the Chinese Duck is a book full of adventure, mystery, suspense, humanity and environmental concerns, and it’s based on an actual event: In 1992 in the stormy seas off China, the cargo of a merchant ship consisting of 28,000 small, yellow rubber duckies was swept away by the waves and scattered across the ocean. Fifteen years later, the duckies, faded by the sun and having travelled round the world on the sea currents, appeared off the coast of England. From day one, their voyage was continually observed by institutes and scientists in an effort to reveal the secrets of ocean currents. In this book we discover the secrets of an imaginary duck that accompanied the duckies. The heroes and events may seem fictional but are nonetheless true, in an unpredictable story aimed at human readers and duckies of all ages.