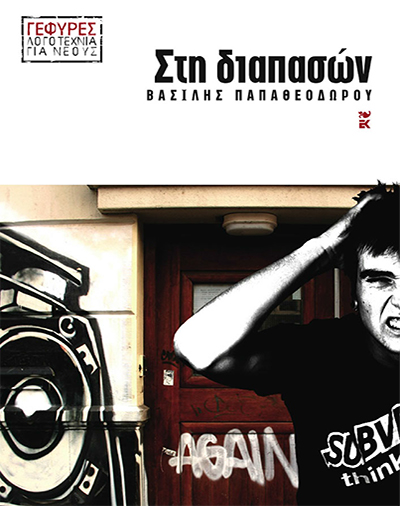 Thanassis loves hatred. He’s also crazy about music. However, he can’t stand his teachers, the foreigners, and his siblings. He bullies and thrashes classmates, argues with his abusive stepfather, runs away from his dysfunctional home, and gets involved in racist organizations. He likes violence and justifies every action he takes. He sticks out his tongue at life; he disregards and mocks it. But what happens when life decides to stick out its tongue at him, as well? And what are the consequences when he finally realizes that what he hates the most is his reflection?

“Full Blast” is a novel for young adults, which is as melodic as music and as hard as puberty. It refers to those youngsters who feel that they are winners while all the others believe that they are losers, and to those who consider themselves as losers but intend to become winners after all. This novel ultimately affects all those who realize one day that the things that make them sick are the same things that can also cure them. But, above all, it is a novel for young people, who believe that life is not only that what songs describe but something

Be the first to review “Full Blast” Cancel reply