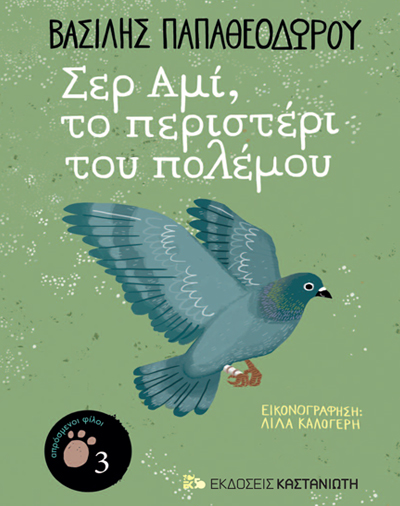 Cher Ami, the Dove of War

A story of self-sacrifice and a deep sense of duty that took place in 1918, during World War I, on a battlefield in France. A homing pigeon crosses over enemy lines, is seriously injured by gunfire, but manages to convey the message of despair of the stranded soldiers to their headquarters, thus saving them.

Cher Ami (“dear friend”) was later honored with a medal for her heroic deed.

The series “Unexpected Friends” is aimed at preschool and early-grade school children. The stories are based on actual feats of heroism, faith and devotion on the part of animals. Each book contains an addendum describing events as they happened, as well as basic knowledge with regard to each story.

Be the first to review “Cher Ami, the Dove of War” Cancel reply