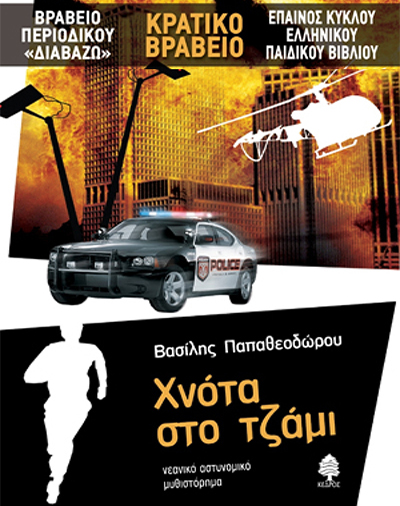 Breath on the Window Pane

In a panicked city that lives and moves with the fear of terror threats, where the Authorities monitor everyone and everything with cameras, and where the reality is too often not that what it seems, Alec, a nineteen-year-old student, records unwittingly a video of the authorities killing one of his fellow students. Simone, his enigmatic fellow student, who is with him at the time, disappears without a trace. With this video, Alec exposes the authorities, who are now searching for him. Alec’s father, who works in the city’s telecoms company, finds out by accident what is going on. For the first time in his life, he wonders what to do. What does the truth look like? Who is the “enemy”? Who is behind all of these criminal actions that spread terror? Is Rosa’s attitude, who is the younger sister of Alec, the only thing that can give hope?

“Breath on the Window Pane” is a novel for young adults, which is more relevant to the contemporary spirit than ever. Together with the hero, the reader tries to find out the truth through exciting situations and constant twists. And, although he feels like being watched all the time and lives in fear, he may still find the truth in the end…